Today I have the pleasure to kick off Demiplane’s first ‘Homebrew University’! In that vein, I’d like to talk with you about RPG design and how homebrew can be used to tweak tabletop roleplaying games to your and your group’s taste.

Much like a meal, a pen-and-paper RPG is not a static construct. The rules as written are a framework – a recipe, if you like. Dungeons and Dragons is a game marketed to a broad audience, and because of that the ‘taste’ is designed to appeal to as wide a variety of players as possible. However, what if you prefer a saltier game? What if your players are looking for a little more sugar? This is what homebrew is all about. You tweak the ‘ingredients’ (in this case, the rules) of your game to match your tastes.

Given this metaphor of modifying a recipe to taste, I thought we would open Homebrew University with a dive into two common TTRPG systems: hit points and armour class. To this end, we’ll take the example of the very popular Dungeons and Dragons 5th Edition.

Hit points and armour class are two of the most frequently debated (and misunderstood) concepts in the history of D&D. Both involve a heavy degree of abstraction, which is used to turn the complex to-and-fro of combat into a simple dice roll. This is done to ease play and keep things moving around a table, which is exactly what most games need. However, many players also desire mechanics that more explicitly represent the actions their characters take and the outcomes thereof.

It’s understandable to want fine control over one’s PC. A lot of time and love goes into the characters we make. However, this also leads to a number of misconceptions about the assumptions at the root of the base game.

Hit Points Are Not Meat Points!

Losing hit points in D&D does not necessarily mean that you were stabbed, burned, or otherwise physically injured. Similarly, a high level barbarian does not get repeatedly stabbed and hacked at and just not care. Hit points are a summary of a number of concepts in a single abstraction. This includes stamina, luck and skill in combat. Losing hit points as a result of a hit just means that combat ‘wears’ at you in some way. It’s up to the DM to decide how exactly they describe this. However, when the DM narrates a physical wound every time a player takes damage, it becomes difficult to suspend disbelief and immerse oneself in the game. This is especially true at higher levels.

Bring Demiplane on your Next Adventure

A Miss Is Not Always A Miss!

If a paladin in full plate and shield (AC 20) is missed by a roll of 18, does that mean the enemy failed to make contact with their weapon? Of course not! An 18 is a very precise swing, but the armour protects the character. Anything above 9 ‘hits’ them. The blow just doesn’t do anything, because the character was able to use their armour to deflect it. On the other hand, a rogue with 20 Dexterity will dodge any roll of 14 or lower. They’re fast. This also creates a cognitive dissonance for some players looking for a more explicit description of combat. Surely the character was hit, but the armour reduces the damage?

An Attack Is Not A Single Swing!

In September 2019, a reddit post appeared, illustrating the size of a five foot square relative to a human. 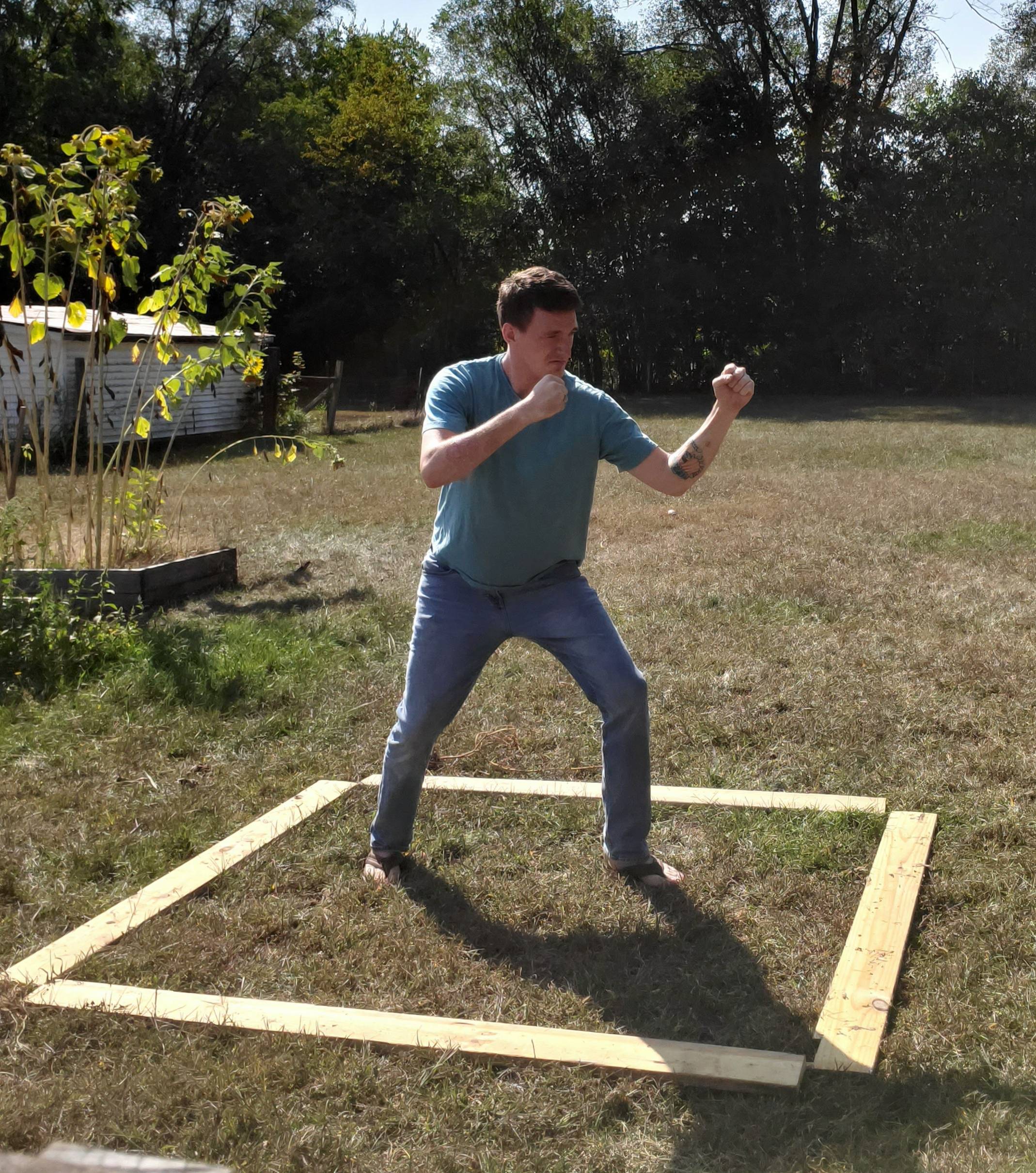 This is a great image with which to demonstrate that an ‘attack’ in D&D is not necessarily a single thrust or swing with a weapon. An attack is yet another abstraction that involves moving towards an adjacent square and exchanging a series of blows or parries. This is further confused by the ‘extra attack’ that martial characters receive at fifth level. Does this then not represent two swings of a sword, but rather multiple engagements in a 6 second round? How does this compare to a ranged attack, where clearly only one piece of ammunition is consumed?

Accounting for Your taste

The fact of the matter is that the answer to all of these questions is mutable, depending on how one chooses to run and play the game. This is where homebrew comes into play, adjusting the specifics of combat so that their meaning breaks down in a way that the DM and players are happy with. The concepts that I describe above hold true for vanilla D&D, which uses heavy abstraction to make the game run smoothly for a casual table. However, what if you want a game with more explicitly, tactical combat? What then?

This is the point at which some in the 5e community say ‘play another game, 5e is not for you’, but I’m not happy with that answer. I enjoy 5e a lot and it’s a great game engine that runs very smoothly, it just needs tweaking to taste. I do this in a number of ways.

First: I replace hit points with a Wounds and Vigour system to more explicitly differentiate between physical injury and the other concepts described by hit points. This system has its roots in a concept that originates in D&D‘s third edition, but has also been heavily modified and play-tested to work in 5e.

Second: Armour becomes Damage Reduction and doesn’t prevent blows from hitting you, instead reducing the damage taken when they do.

Third: I add an extensive catalogue of combat actions to grant martial characters more flexibility in how they attack, rather than just taking simple, abstract attack actions turn after turn.

These are just a few examples of modifications that I make to my games to improve the experience for my players. Other areas can be found in my house rules compendium here and here. Notably, the armour variant was recently adapted for Star Wars 5th Edition.

That’s all for today, but I’ll be back again in the coming weeks to talk in more detail about many other topics such as encounter design, world-building and finding the right players for your game.

HOMEBREWS ARE BETTER ENJOYED WITH FRIENDS.

By clicking the button below, you can quickly share Demiplane with your friends on Facebook and Twitter. The more users that sign up for Demiplane, the better Demiplane will become. We hope to see you inside!

It's Dangerous To Go Alone!

We keep our Discord channel up to date of all our updates, events, content releases and answer general questions about Demiplane. If you haven't joined, we would love to have you.